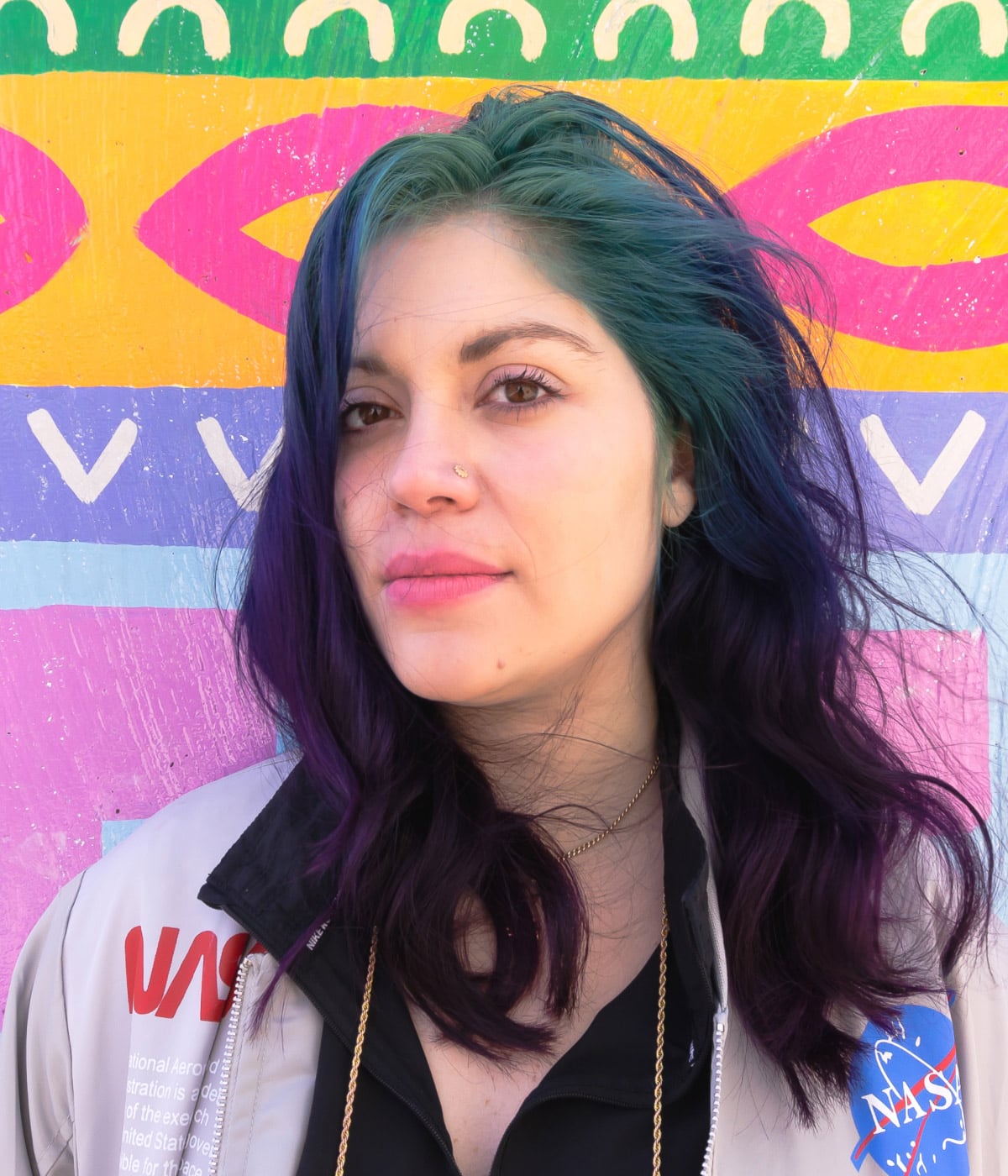 A political analyst turned coder, I am a Latinx data engineer at GitHub, chair of the @python Software Foundation, @PyLadiesChicago organizer, and activist. I also teach Python at University of Chicago in their Masters of Computer Science program. I consider myself one part Star Wars fanatic and another part Trekkie, and abide by the motto to “live long, Python & prosper .

I have very strong values and I am a Latina, so I’m passionate about issues impacting Latinx communities. When I finished undergrad for political science and mathematics in 2009, I started working for then-Senator Obama on the 2008 campaign. If you were a young person in Chicago who was passionate about anything that involved politics, you were likely to work on something the Obamas touched.

I was helping with the part of the campaign focused on Latinx Voters, and we were a very small team with four key states. If there’s one thing about the Latinx population, it’s that there are many different titles people identify with, from Tejano and Hispanic to Mexican-America and Cuban. So I started getting questions like, “How do we know what our population cares about?” “Where are they?” “What are their numbers?” “What is our victory probability analysis?” Those were our KPIs, and they looked to me, the intern with the statistics background, to transform messy, incomplete data into thoughtful analysis.

I started getting involved with Chicago’s Python User Group, and the outreach strategies and tooling used for the voting campaign were among the first things I built. Then I started to see how powerful and awesome it could be. We were doing “exotic” things like data science–informed outreach and strategies, and that really big, novel use of social media. And, as we all know now, that campaign fundamentally changed the way we think about political campaigns.

There’s definitely a “before Python” Lorena and an “after Python” Lorena. Before Python, I worked as a political consultant in Chicago helping run campaigns for local politicians—from speech writing to fundraising and beyond. After Python, my technical career kicked off and I started getting involved with the Chicago open source community. Chicago has a very, very strong legacy of civic tech: Citizen-minded groups creating open source tech for various issues that, for some reason or another, the government or non-profits can’t offer. I started to build tooling for folks around the Chicagoland area that didn’t otherwise have the tech budget or expertise (this is where Chi Hack Night was born).

I have found a perfect place to marry my passion for politics and community governance with tech: civic, tech-minded initiatives that have to do with Python. It’s just the right balance for my little nerdy heart!

I have found a perfect place to marry my passion for politics and community governance with tech: civic, tech-minded initiatives that have to do with Python. It’s just the right balance for my little nerdy heart!

A passion-fueled journey to the Python board

The Python space is beautiful, and great, and big. I always have to quote Brett Cannon when he says, “I came for the language. I stay for the community.” I fundamentally jive with that. I’m a big Python nerd all the way, and even have an avatar with me holding a python. Because why not?

I had been an engineer by title for about two years. Initially, I struggled because I didn’t see anyone that looked like me in the Chicago Python User Group back in 2014. What I did find were people that made me want to keep coming back. One of my mentors, the late, great Tanya Schlusser, was the only other woman at the time.

What jumped out at me during the in-person meetups was that people would pass value judgments in ways that would block you from speaking. Or they’d make snide remarks about what you did or didn’t know. The meetings always ran late and they’d end up at bars. It wasn’t as welcoming as it could be, and it was hard to get new people involved (which I really wanted to do).

So I built PyLadies Chicago in 2014 to not only create a space for myself, but anyone else who had the same mindset, like (now-Python maintainer) Mariatta Wijaya and Naomi Ceder. After working with PyLadies Chicago and growing the community of Python users, I was looking for a new challenge. I knew I wanted to continue the push for marginalized people in technology, but I wasn’t sure where to concentrate my efforts next.

Naomi, who had helped me with PyLadies Chicago in the past, was a director for the Python Software Foundation (PSF). I asked her about her work on the Board to understand how the Board could help me do more of it. At the time, it was a year-long commitment (we’ve since changed it to three years to stagger the board, get better retention, and tackle bigger initiatives). And it was daunting because they have to vote you in. You have to stand in front of them and say, “Here I am, here’s my mandate, and here’s my platform.” It was terrifying! But I got in.

When people think of open source, they focus on the technical component. But it’s also about the collaboration. It takes a village to do this thing. We have 13 directors in the PSF. One is from India, one’s from Zimbabwe, one’s from Amsterdam. It’s great, but we want to make sure we’re continuing to diversify the board. Because a lot of the perspective tends to be skewed toward folks based in the United States and Western Europe, and we won’t know how to meet our users where they’re at if we’re not getting different perspectives.

We won’t know how to meet our users where they’re at if we’re not getting different perspectives.

Prioritizing a welcoming and flexible community

What’s always been so cool about Python is that it’s such a welcoming and awesome space. I think this is largely because of the way the community sees itself and the idea that Python is meant to be human-readable, and very accessible. It’s meant for many use cases.

I always think back to the fantastic astronomer extraordinaire, Jake VanderPlas. He does a lot of work with Python’s scientific stack and gave this great keynote at PyCon 2017 about the surprising success of Python in science. He said, “Python, just like a battery, is an all-included kind of language.”

Python is built on the talent of many, many people. Python’s core developers actively create and write the programming language and help with the process and ecosystem. The PSF has their own steering council, with elected members who guide the Python vision. Folks source and talk about what they want to see added as a feature in Python Enhancement Proposals. For them to be able to do their work, the PSF has to make sure it’s taking care of the Python trademark and funding the ecosystem and maintaining the foundation upon which everything rests.

Broadly speaking, our mandate says that we, as the PSF, own and oversee the trademark and the ecosystem. We’re the legal entity behind Python. We’re also in charge of the idea that we’re building a community that’s as globally diverse and inclusive as our users. In our mandate, we say that we are going to focus on protecting and growing a welcoming and flexible community. That is just as important as the trademark.

In our mandate, we say that we are going to focus on protecting and growing a welcoming and flexible community. That is just as important as the trademark.

The times are changing

We have an abysmal number of non-malecore developers, but it’s hard to get women to join. One of the most problematic things is what we see in many spaces: Those with privilege and influence are the loudest.

In tech in general, there happens to be a preponderance of awesome, badass women. And people of marginalized genders or backgrounds. We just need to find each other. When you meet these incredible women and are able to strike up a conversation with them, even if it’s just a fleeting moment, so much can be learned. So much can be learned!

This year is the 20th anniversary of PSF, and 30th anniversary of Python. It’s had this big journey over that time period, and I think there’s a bit of a changing of the guard coming up. We have a lot of people who’ve been here since Python was a baby language. They’ve led for a long time, and they’re starting to take a step back. The new group is stepping up, and I think it’s more value-aligned. So this feels kind of like a “strike while the iron is hot” moment. We’ve been intentionally and meticulously working on it for five years, and now we’re in a place where we can do something about it.

Coding at the speed of design with Chakra UI